There is more noise today than at any time in history.

The amount of voices, words, and ideas that penetrate the airwaves and land on our ears is simply unprecedented. We have never before heard as many voices as today.

But the proliferation of voices is not necessarily proportionate to the depth and uniqueness one would think these voices would have. In many ways, these voices muddle together to form a cacophony, a monolith, a chaotic but consistent push in a certain direction.

The woke movement is a product of this phenomenon. There are many disparate voices all preaching the same message and advocating for the same push, a push that seems mindless and more built on emotion than critical thought.

It’s time for a voice that can access the truth and nuances of this movement, and expose it for what it is.

Speaker and author A.J. Rice is that voice.

Rice served as the executive producer to Laura Ingraham for four years, and Monica Crowley for two years. Following that, he produced an investigative news show at The Washington Times for John Solomon for three years called America’s Morning News, and later was brought in by Glenn Beck’s team to help launch The Blaze Radio Network.

Rice has helped authors like Donald Trump Junior surge to the top of the New York Times bestseller list. And he’s humbly played the background for a while. But he presents himself to the world in a fresh way through his new book, The Woking Dead. One review explains, “A.J. Rice steps out from behind the curtain to reveal what he’s been up to, and to show what it will take to save America from the woke zombie hordes on our campuses, dominating Twitter, and increasingly lurking in every HR department in the country – all the way up to the Pentagon.”

Rice takes thoughts and observations that have been in development for years and lays them out in a clever, hilarious way. The Woking Dead is stemming the tide of a woke movement that assumes it’s invincible. 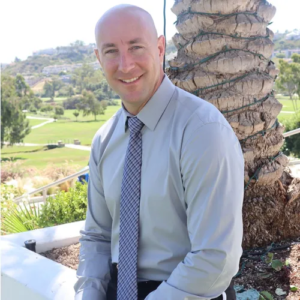 Who are you? My name is Linda Jasmine, I’m a model, actress, influencer, and, as I like to call it,...

French pastries are legendary among dessert connoisseurs, yet people who despair of ever having the time or means to cross...

New York, NY - Leojeany, a fashion photography and styling company based in Manhattan, was happy to sponsor a representative...

The official residence of the vice president was decorated with candles & orange marigolds.  The guests included who's who of...