Actors train very hard – often for years – to gain confidence and allow themselves to express vulnerability in front of others. Learning to do this in front of a camera or up on a stage is one thing, but as we’re slowly learning in this new age of digital interaction, gaining prominence in the social media sphere is another beast entirely. This is a struggle that NYC-based actor and entertainer Jason Abrams has learned to overcome – and embrace – over the course of his social media career. “When I started out on social media, I was just looking for an outlet for creativity and self-expression beyond acting,” he recalls. “It was a big adjustment, but I’ve learned to love it for its own reasons. I love the freedom it gives me, the immediacy, the closeness of the connections it creates. Its benefits – like its challenges – are entirely unique.”

Abrams, who grew up in rural New York, has always enjoyed entertaining others. Hailing from a “musical family” as he describes it, Abrams had full support at home in pursuing his lifelong creative passions. He started his career with a professional DJ service that he ran successfully for 14 years, a continued point of pride for Abrams. “I really felt at home in my work as a DJ,” he recalls. “You grow to really love the excitement, the exhilarating sensation of working a crowd like a musical puppeteer. It was so much fun.”

Soon, however, Abrams found himself drawn to his true calling: acting. Starting out with small roles on shows like The Sopranos, Mad Men, and Law & Order SVU to a featured role in 2019’s Night Sweats, Jason Abrams has set the groundwork for a lifetime of entertaining audiences.

Though Abrams initially joined social media to connect with family and friends in his personal life, he quickly realized these platforms’ potential as a powerful outlet for self-expression, creativity, and entertainment. “Social media has afforded me a lot more freedom than traditional acting roles do when it comes to entertaining people,” he explains. “I can be myself and express myself however I want, and I think people respond to that.”

He found that he enjoyed not only the freedom, but also the direct impact he was making on his followers’ lives. “It’s so much more fulfilling to have people directly engage with you, to tell you how your content made their day or made them smile,” he says.

Enjoy Yourself, and Others Will Too

Instead of building a perfectly manicured image of himself online, Abrams instead opts for a more personable, wacky, and oftentimes awkward style and presentation. Abrams claims that, though we are always performing in public to some degree, the persona he has created on social media is much truer to the person he is in real life. “That was really important to me, being true to myself and all my quirks,” he recalls. “I didn’t want to force a ‘cool’ or ‘clever’ vibe that people would see right through. I just wanted to be myself, and to have fun being myself.” Abrams’ success in this regard is evident in many of his posts and videos. From dancing like a madman to showcasing the realities of acting life in NYC, Abrams’ social media accounts are uniquely personal, approachable, and always funny.

Abrams is proud – and continually surprised – to have amassed over 26,000 followers on Instagram so far. He feels that his unique style, perspective, and vibe are helping him to stand about above the crowd. His next goal is 50,000 followers by the end of the year. Abrams doesn’t know if the momentum he’s building on social media will bleed into his film and TV acting career, but he’s certain that it can’t hurt. Whether or not he’ll be discovered on social media for his next great film or TV role, he is ready to embrace the next opportunity with open arms. 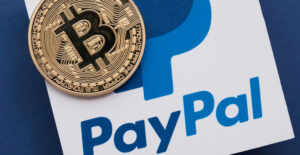 Next post We are in the early years of cryptocurrencies, says PayPayl CEO

Who are you? My name is Linda Jasmine, I’m a model, actress, influencer, and, as I like to call it,...

Award winning author P.E. Barrington’s Who Okayed This?! The Riveting Life of Grant Davis, as seen on ABC, CBS, NBC,...

PHILADELPHIA, Pennsylvania– Dynasty 11, a gaming and app developer of Player 2, is allowing early access for its beta testing...

There is more noise today than at any time in history. The amount of voices, words, and ideas that penetrate...